Let’s have a look at Gun Safety, and how it has evolved over time. And why, in my opinion, having a simple, concise set of Four Rules of Gun Safety may be the wisest approach to staying safe while handling firearms.

Before we begin, let’s acknowledge that there are a multitude of Gun Safety Rules that have been proposed over the years. The problem is, that all too often, those rules may overlap, be redundant, or even contradict each other. This causes confusion.

It is my contention that, when handling firearms, there is no room for confusion. Which is to say, when we learn something, it should be as ‘final’ as possible. Each concept should be indelibly etched in our brain, and transferred into our muscle memory, so that in any eventuality, our actions are consistent.

Now, that said, it is also my contention that the most effective means of accomplishing this is to keep things simple, clear, concise, and straightforward.

To illustrate this point, I once read a publication that mentioned some gun handling safety rules, for hunters I believe. I do not have it in front of me, so I’m left to my memory… sorry.

If I recall, there were upwards of ten, perhaps more, individual rules that were listed. There’s no way I would remember them all, and furthermore, they pertained to differing activities, so one rule would apply if you were doing this action; if doing a different action, another rule would apply.

My point in all of this is that if we follow Col. Jeff Cooper’s four rules of gun safety, we are assured that we’re practicing good gun handling safety techniques, in just about any situation.

I. All Guns Are Always Loaded

II. Never Let Your Muzzle Cover Anything You’re Not Willing to Destroy

III. Keep Your Finger Off the Trigger Until Your Sights Are On Target, and You’re Ready to Fire

IV. Know Your Target, and What Is Behind It

The additional verbiage that Gomez added to Cooper’s four rules does provide a bit of clarity, and yet does not alter the original intent nor the simplicity and effectiveness of Cooper’s rules.

1. Treat All Guns As Though They Are Loaded.

2. Keep Your Finger Off of the Trigger Until the Weapon is Indexed on Threat AND You’ve Made the Decision to Fire.

3. Never Let the Muzzle Cover Anything You Are Not Prepared to Kill, Destroy or Buy.

4. Be Aware of the Threat and What Is Around and Beyond It.

For those of you who are not familiar with Paul Gomez, here’s a link to his You Tube Channel: Gomez Training Institute. There you will find a wealth of extremely practical information about self-defense training and firearms handling (pistols in particular).

His contributions to the world of tactical firearms training were insightful, detailed, informative and entertaining. He may have been one of the best trainers out there, and is still to this day worth checking out.

Now, let’s note that the well-established National Rifle Association has only Three Rules of Gun Safety.

But each of those rules is so complex, with ‘explanatory’ paragraphs to help explain what was meant by the text of the rule, that, in my opinion, they are simply not effective or applicable rules for everyday firearms safety.

Their ambiguity makes them impractical for the average person who wishes to be prepared to defend him/herself. They cannot apply to a real-world self-defense situation.

And that, in my mind, is sheer lunacy!

1. Always keep the gun pointed in a safe direction.

This is the primary rule of gun safety. A safe direction means that the gun is pointed so that even if it were to go off it would not cause injury or damage. The key to this rule is to control where the muzzle or front end of the barrel is pointed at all times. Common sense dictates the safest direction, depending on different circumstances.

2. Always keep your finger off the trigger until ready to shoot.

When holding a gun, rest your finger on the trigger guard or along the side of the gun. Until you are actually ready to fire, do not touch the trigger.

3. Always keep the gun unloaded until ready to fire.

Whenever you pick up a gun, immediately engage the safety device if possible, and, if the gun has a magazine, remove it before opening the action and looking into the chamber(s) which should be clear of ammunition. If you do not know how to open the action or inspect the chamber(s), leave the gun alone and get help from someone who does.

And now, let’s have a gander at one of our military branches – in this case the US Army.

Leave it to a government entity to come up with FOURTEEN rules for handling a pistol.

I’ll include their four tests for safety of the pistol as well, just to ensure we are being complete.

25. Rules for Safety. – Before ball ammunition is issued, the soldier must know the essential rules for safety with the pistol. The following rules are taught as soon as the recruit is sufficiently familiar with the pistol to understand them. They should be enforced by constant repetition and coaching until their observance becomes the soldier’s fixed habit when handling the pistol. When units carrying the pistol are first formed, the officer or non-commissioned officer in charge causes the men to execute inspection pistol.

a. Execute unload every time the pistol is picked up for any purpose. Never trust your memory. Consider every pistol as loaded until you have proved it otherwise.

b. Always unload the pistol if it is to be left where someone else may handle it.

c. Always point the pistol up when snapping it after examination. Keep the hammer fully down when the pistol is not loaded.

d. Never place the finger within the trigger guard until you intend to fire or to snap for practice.

e. Never point the pistol at anyone you do nor intend to shoot, nor in a direction where an accidental discharge may do harm. On the range, do not snap for practice while standing back of the firing line.

f. Before loading the pistol, draw back the slide and look through the bore to see that it is free from obstruction.

g. On the range, do not insert a loaded magazine until the time for firing.

h. Never turn around at the firing point while you hold a loaded pistol in your hand, because by so doing you may point it at the man firing alongside of you.

i. On the range, do not load the pistol with a cartridge in the chamber until immediate use is anticipated. If there is any delay, lock the pistol and only unlock it while extending the arm to fire. Do not lower the hammer on a loaded cartridge; the pistol is much safer cocked and locked.

j. In reducing a jam first remove the magazine.

k. To remove a cartridge not fired first remove the magazine and then extract the cartridge from the chamber by drawing back the slide.

m. When the pistol is carried in the holster loaded, cocked, and locked the butt should be rotated away from the body when drawing the pistol in order to avoid displacing the safety lock.

n. Safety devices should be frequently tested. A safety device is a dangerous device if it does not work when expected.

26. Tests. – a. Safety lock. – Cock the hammer and then press the safety lock upward into the safe position. Grasp the stock so that the grip safety is depressed and squeeze the trigger three or four times. If the hammer falls, the safety lock is not safe and must be repaired.

c. Half-cock notch. – Draw back the hammer until the sear engages the half-cock notch and squeeze the trigger. If the hammer falls, the hammer or sear must be replaced or repaired. Draw the hammer back nearly to full cock and then let it slip. It should fall only to half cock.

And to Round Out the Fun: 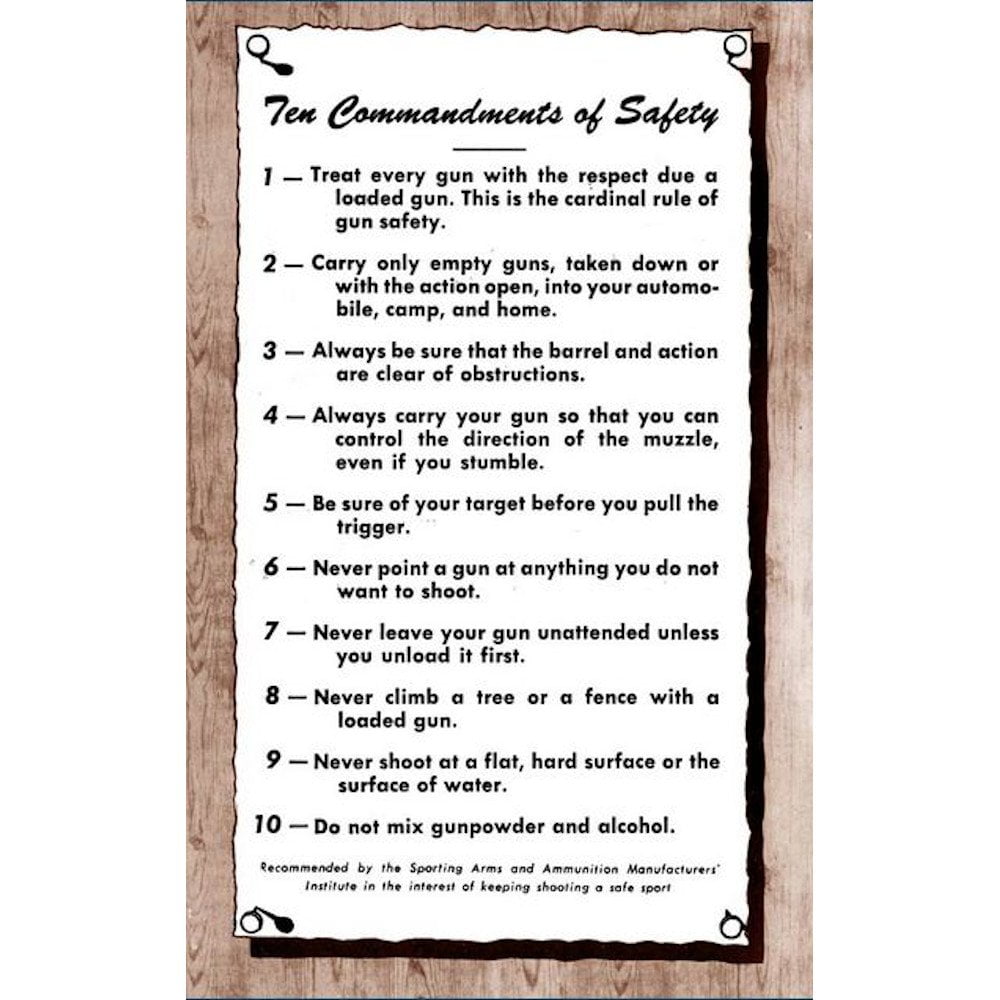 As you can see, there is much that has been said about gun safety.

How well we learn and execute safety precautions whenever handling firearms is, ultimately, up to us.

I’ll leave you with a couple of graphic examples of What Not To Do, most of the time, at least. 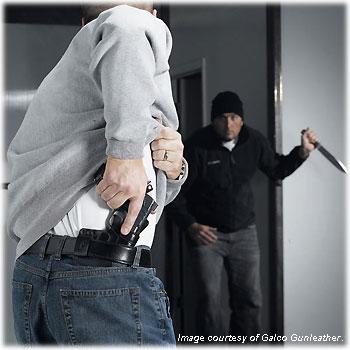 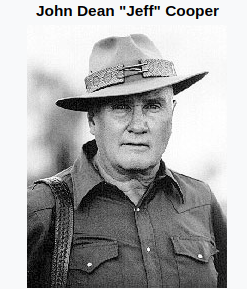