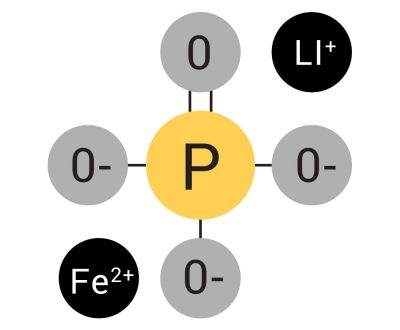 of Lithium Iron Phosphate (“LFP”) as an Energy Storage Cell

There are many Lithium-ion chemistries in use today as battery cathodes. While many chemistries offer significant benefits pertaining to the cost or weight of the battery, they often require government regulation to be shipped, stored or used in a way that ensures that damages from the worst-case scenarios, including thermal run-away, fire or explosion are kept to a minimum. Precautions including specially constructed and marked boxes, as well as shipping procedures requiring extra care being taken, ensure the safe transport of these products, while code requirements including fire-suppression systems, fireproof storage cabinets and emergency shutoff systems protect against a fire spreading to or from an energy storage system in use in a building. For many lithium materials, this is a necessary precaution. However, in the case of Lithium Iron Phosphate (LiFePO4 or LFP) cells, many of these precautions could be lessened, as the LiFePO4 chemistry has more innate protections against these extreme cases. When compared against other lithium chemistries, these protections reduce the likelihood of a catastrophic failure, and result in a significantly reduced reaction should such a failure occur, making it much safer even in the worst-case scenario. Lithium energy storage is increasing in demand. As Electric Vehicles (EV) become ubiquitous throughout the country, the need for additional energy at each home and commercial buildings will increase substantially. A comparison of LiFePO4 against other cathode materials as well as a description of the reaction of LiFePO4 to extreme cases will be provided here.

This section gives a brief overview of common Lithium cathode chemistries common in the market today. A comparison of these chemistries and their relative advantages and disadvantages can be seen in table 1.

While not actually a Lithium-ion battery, the safety of a lead-acid battery should be taken into account here. Lead-Acid is the most common large battery on the market today, generally recognized as a common car battery. Lead-Acid batteries can power most vehicles and even be used as in energy storage systems. However, Lead-Acid has a relatively short lifespan and significantly less use- able specific energy when compared against lithium batteries. The use of Lead in Lead-Acid batteries makes the content of the battery toxic, and lead-acid batteries can vent during use, which limits their viability as an energy storage device.

Lithium Cobalt Oxide, sometimes called Lithium Polymer batteries, are traditionally the most common option for phone or computer batteries. Their high specific energy (energy-to-weight ratio) makes them a great candidate for small batteries or other applications where weight is a major factor [8]. However, LiCoO2 also has a short lifespan and includes Cobalt, a toxic heavy metal. One of the major components in the cathode of the battery, Cobalt is particularly difficult to recycle, and can produce toxic fumes during both mining and recycling. [7] LiCoO2 is also the chemistry that has been reported to explode in smartphones. It can explode and burn violently under the right conditions.

NMC is a popular choice today, especially in the electric vehicle (EV) market. Like LiCoO2, it has a high energy density, but NMC can also output more power, is generally safer, and has a longer lifespan than LiCoO2 [8]. These aspects make NMC a popular all-around choice, and is often used in energy storage as well as EV and mobile devices. However, NMC is still capable of exploding and catching fire, though less dramatically than most other chemistries (see section below). NMC also contains both Nickel and Cobalt. Nickel, like Cobalt, is a heavy metal that is toxic, as well as difficult to mine and recycle safely.

NCA is extremely similar to NMC. It has gained particular popularity as the chemistry used by Tesla in their vehicles and home batteries. NCA has the highest specific energy of any chemistry considered here, and has reasonable power output and lifespan, but is one of the more expensive and least safe chemistries on the market. It also, like NMC, contains Cobalt and Nickel, and is therefore toxic and hard to recycle.

LiFePO4 cells are primarily chosen for their high safety, power output and low cost. It also has a significantly higher lifespan that most other chemistries, meaning the battery will need replacing much less often leading to less waste produced. LiFePO4 is much less likely to reach thermal run-away than other chemistries commonly found on the market today Even in the cases where it does reach thermal run-away, the LiFePO4 cathode does not react with oxygen as other cobalt-containing molecules will, and the cell will therefore only smoke as the chemistry smolders, rather than producing flames or exploding. Beyond this, LiFePO4 does not contain Nickel, Cobalt or even Lead, all of which are difficult to recycle safely. This makes LiFePO4 one of the safest, eco-friendly and most sustainable chemistries on the market today.

Thermal run-away is the chain reaction that can occur if the lithium-ion material in a cathode of a battery cell is heated past a limit specific to the battery chemistry. Past this point the cathode can undergo an exothermal reaction, producing extremely hot flames, which in turn causes a chain reaction where the lithium molecules in nearby cells will also reach Thermal run-away until the entire battery (or bank of batteries) has burned out the lithium material [3]. This process can also produce gasses and increase the pressure inside the cell, which in some cases can lead to a pressurized explosion, or cause the cell to generate enough thrust to propel itself several feet. Thermal run-away can be caused by short-circuiting the terminals of a battery (most batteries have built-in protections to detect a short-circuit and cut power to avoid this), or by short-circuiting the cathode and anode inside the battery, which can occur if the cell is pierced. For some Lithium Chemistries (though not LiFePO4) the cathode will have an exothermic reaction with oxygen if the cell is pierced, leading to thermal run-away. While thermal run-away is extremely rare and manufacturers generally take steps to minimize the risk, it can happen and is (for most Lithium chemistries) extremely dangerous if it does.

The PO4 bond in LiFePO4 is stronger than the CoO2 bond in other cathode materials, resulting in a reduced reaction if an LiFePO4 battery is subjected to abuse. Figure 1 shows the energy spikes produced by five different lithium chemistries during thermal run-away. The spikes in the plot show both the heated temperature at which thermal run-away occurs, as well as the magnitude of the energy released as heat during the reaction. It is important to note that LiFePO4 is stable below 270◦C (518◦F) and that the peak is significantly smaller, compared to the much lower thermal run-away temperatures of other chemistries. This indicates that thermal run-away in LiFePO4 is much less likely to occur, and that the heat that can be generated in the reaction is significantly less than other chemistries as well.

To illustrate the reaction more plainly, figure 2 demonstrates the results of an experiment in which thermal run-away was induced in the cathode material of several chemistries (cell casing and other common components were not included). The normalized heating rate, or the rate at which temperature increased per Ah of material was recorded. In this plot, LCO and NCA temperatures rise by 470◦C/min (878◦F/min), NMC temperature rises by more than 220◦C/min (428◦F/min), and LiFePO4 temperature only rises by 15◦C/min (59◦F) during this thermal run-away test.

LiFePO4 does not have an exothermic reaction with oxygen as other cathode materials do, and will therefore not cause an explosion or fire if exposed. A pressure release safety mechanism is also built into each cell that will release pressure from the cell in the event of an increase in pressure, which removes the risk of an explosion. LiFePO4 also does not contain cobalt, which is a chemically-unstable element. Batteries that do use Cobalt, including NMC, NCA and LiCoO2 actually heat up during normal use, increasing the risk of thermal run-away. While there is no effective flame retardant for a cobalt fire, if LiFePO4 is ignited it can be extinguished with water. A regular building sprinkler system will be enough [5]. The lack of cobalt also results in a cell with a Negative Temperature coefficient, which results in a self limiting response in the event of a short circuit or other extreme abuse situation.

LiFePO4 is a relatively new Lithium material, and so advances continue to be made regularly. Jun Liu, a leading researcher in the field of lithium energy storage, has been working to push the safety of LiFePO4 even further. The development of a phosphate electrolyte that is completely non-flammable (See Figure 3. The result of this would make Thermal run-away essentially a non issue for this chemistry [4]. Beyond this, research is continually underway to improve the energy density, lifespan and other important attributes of LiFePO4.

As electric vehicles become more common, the need for safe and reliable energy storage within the home increases with it. EVs and other home and commercial electronics consume a large amount of energy, which increases strain on the U.S. energy grid. The U.S. grid has to be able to generate enough electricity to cover the peak demand, or the demand during periods when the most individuals demand the most electricity. Increasing the grid energy generation is extremely expensive and increases supply at a rate slower than the rising demand. Part of the solution to this problem is to flatten the peaks and valleys of energy use through safe energy storage within the home.

These systems allow homeowners to regulate their energy use, consuming at an even rate during low-usage periods to store energy, which they will then use when their energy use spikes. This process creates a ‘Decentralized Grid,’ where energy storage is not the sole responsibility of the government, but instead is shared among individual households, who can store and use energy as they need it, even if access to the grid is interrupted by power outages. The decentralized grid has the potential to increase the efficiency of the grid, unlocking 200% more energy in the grid [1].

The primary purpose of this paper is to illustrate the significant safety advantages LiFePO4 has to other lithium chemistries. The lack of toxic chemicals, unique behavior under thermal run-away and other catastrophic failure criteria and recyclability of LiFePO4 make it distinct from other lithium chemistries. Furthermore, any work on the part of the U.S. government to increase access to LiFePO4 energy storage systems increases the efficiency of the grid, which cuts costs to the U.S. government while improving the ability of each household to power their devices as they need it, even in cases of emergency. The value of regarding LiFePO4 in regulation according to its own attributes, rather than by the behavior of other more volatile chemistries, is significant. 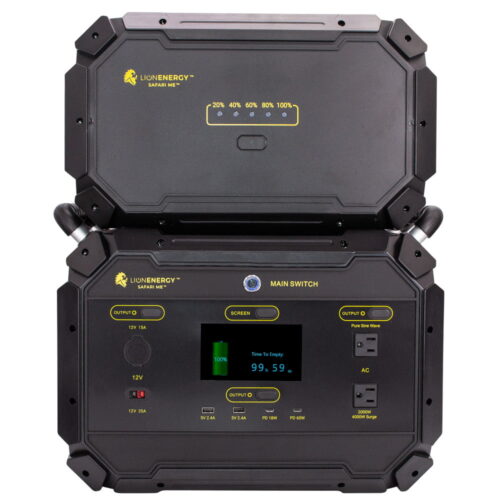 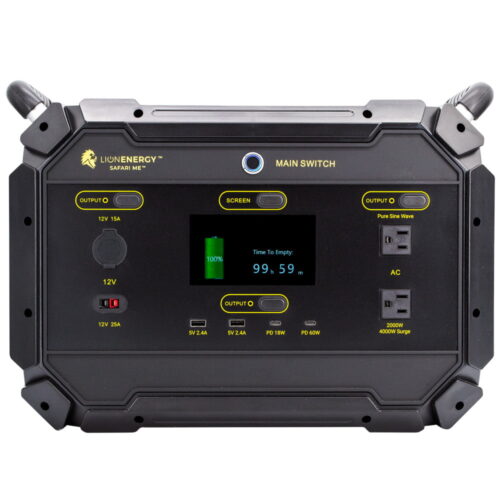 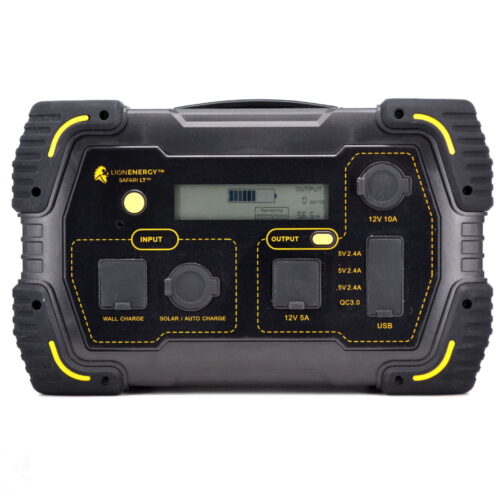 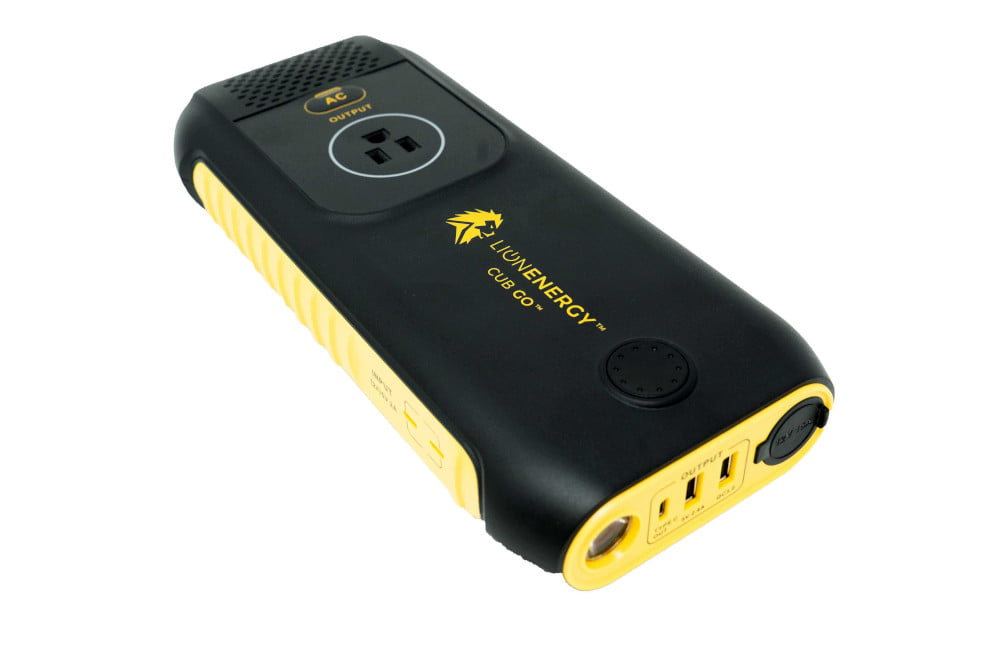 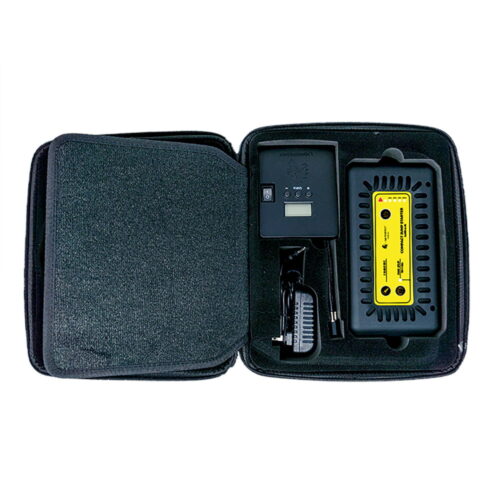