Which Is Better for Long-Term Food Storage?

In a Nutshell, the Answer Is “Yes.”

But seriously, rather than just answer “Which is better, Freeze-Dried or Dehydrated Food?” with a simple “A is better than B” … let’s look closely at both methods of food preservation so that you can come to your own conclusions.

Let’s first determine why we are drying the food. It’s a method of preserving the food for storage. If we remove the moisture from the food, (and we also remove oxygen from the packaging), we have created an environment that will allow the food to be preserved for a very long time. Like 10 or 20 years. That’s a long time!

There are advantages to both methods, and disadvantages to both. In and of itself, neither method is necessarily “better” than the other; it’s more a matter of which method provides the preferred result for a given food type. Some food items are simply better suited to being freeze-dried, while others are better when dehydrated. So whether it’s freeze-dried or dehydrated food, the method of preservation will depend on the nature of the food.

The key is to remove moisture from within the food itself, then package that food in an oxygen-free environment.

Dehydration utilizes low-temperature heating to extract the moisture from fresh or raw foods. Removing the moisture inhibits the growth of the microorganisms that cause food to spoil.

As a general food preservation method, dehydration has been employed for centuries, and is common across the globe. Specific methods include sun-drying, air-drying, curing and smoking, to name a few.

When you think of dried fruits or beef jerky, you’re thinking of dehydrated food. Also, raisins and prunes are dehydrated grapes and plums, respectively.

Dehydrating foods allows them to be stored for extended periods of time without spoiling. Additionally, since nearly all of the moisture is removed, the foods are smaller and lighter, making storage and transportation easier.

When properly packaged, dehydrated foods can be stored for extended periods of time; easily up to 5 years for most foods; in some cases 10 years or more.

Dehydrating will remove up to 98% of the water from the food, and the process exposes the food to only very low heat, unlike traditional canning processes, which subject the food to high temperatures. As a result, dehydration maintains nearly all of the food’s nutritional value. This is ideal for long-term storage of many types of foods.

Dehydrated foods are typically single-ingredient foods, with little or no seasoning or flavorings added to the product. In most cases, you will need to re-hydrate these foods before eating. Rehydrating is accomplished using hot or boiling water, usually during the cooking process.

So you simply add your desired flavorings at the time of cooking. Often, you’ll be adding your dehydrated items to other foods: think of making a meat stew, and adding dehydrated ingredients such as potatoes, carrots, celery and onions.

Dehydrating is a reasonably simple process, and is relatively inexpensive to accomplish. You can even dehydrate many foods at home by using a readily-available, low-cost dehydrator, or even just using your oven on low temperatures. However, some foods will benefit distinctly from the process known as freeze-drying.

Freeze Drying food is a somewhat complex three-stage process, resulting in food that retains nearly all of its original form, taste, texture and nutritional value.

Unlike traditional dehydration methods that use a heating process to evaporate moisture from the food, freeze-drying (as its name implies) freezes the food prior to removing the moisture.

First, the food must be prepared. Preparation will vary for different types of foods. Some foods must be cooked prior to freeze-drying; others may be simply washed or chopped. The preparation ultimately depends on the source food , and the desired result.

For example, freeze-drying certain vegetables does not require cooking the food first. Washing and chopping may be all the processing that is necessary.

However, some foods such as soups, meats or eggs, do need to be cooked before being freeze-dried.

So obviously, the quality of the recipe and the preparation of the food prior to freezing represents a very important step in the whole freeze-drying process. The better the food is prepared, the better tasting the final product will be.

Think of Beef Stroganoff (yum): if the preparation is merely heating meat in bland broth, the final product will taste just like meat in bland broth. On the other hand, if the beef is cooked in a well-seasoned, delicious sauce recipe prior to freezing, when finished and re-hydrated, the meal will taste just as delicious as the original concoction. What goes in really does determine what comes out. (The GIGO Principle.)

Many companies, including our product lines from Mountain House and Legacy Premium Foods, offer gourmet-style chef-prepared recipes in their freeze-dried meals.

The prepared food is placed in a machine, called a Lyophilizer, where it will first be frozen, then dehydrated. Inside the lyophilizer, the food is flash-frozen at extremely cold temperatures, typically as low as -50°C.

The lyophilizer then applies a vacuum to the chamber, dramatically lowering the interior’s atmospheric pressure.

Most high-volume production companies have large “cold rooms” where the food is initially frozen. Then, cart-fulls of the frozen food on trays are inserted into a huge lyophilizer, where the pressure and temperature are precisely controlled to finish the freeze-drying process.

What happens inside the lyophilizer is pure science, or pure magic, depending on your mathematical background and tolerance for technicalities.

The Magic happens when the moisture inside the food, in the solid form of frozen ice crystals, evaporates without melting, in a process called sublimation.

The resulting product is dehydrated food which maintains its original shape and texture, as well as its nutrient values.

The Science of Sublimation

Under “normal” conditions, water can exist in one of three forms: as a solid (ice), as liquid (water) or as a gas (vapor). If the atmospheric pressure remains reasonably constant, water’s form will change based on the temperature. As the temperature increases, solid ice will melt to liquid water, which soon evaporates into vapor.

This means that the temperature at which water changes form will vary based on the atmospheric pressure. This relationship accounts for what we commonly call “high altitude cooking,” especially when baking: we change the recipe if we’re at higher altitudes (ie, in a lower atmospheric pressure).

The machine in which this scientific “magic” happens allows for the evaporated moisture to condense on rails or on the inside housing of the machine. So in essence, the moisture from the food is simply whisked away and the resulting product is left intact, albeit dehydrated.

Close inspection of a piece of freeze-dried food reveals tiny ‘chambers’ similar to the holes in a sponge. (Click the image at right to enlarge and view the ‘chambers’ in the ice cream.) This is where the frozen ice crystals were evaporated from. Notice, however, that the structure of the cell walls are left intact. Freeze-drying represents a very efficient yet delicate form of food preservation. Because the cells are left virtually untouched, the nutrient value of the food is as close as possible to fresh.

Because they are fully prepared meals, all you need to do is add water, heat & eat. There is no lengthy prep/cook time necessary in order to enjoy a meal. And with the advent of gourmet-style heat-and-eat meals, “enjoy” is not an exaggeration!

In a commercial enterprise, the freeze-drying process takes anywhere from nine to twenty-four hours. And it requires very specialized, very expensive equipment.

I have yet to find a reasonably priced freeze-drying machine that is suitable for home use. Even refurbished used machines (usually acquired from florists who dry flowers) are ungodly expensive, and use tremendous amounts of electricity. I’m aware of a couple of “Do-It-Yourselfers” who have successfully freeze-dried foods in such a unit, but the floral units seem to take 5-8 days to freeze and dry the food.

I can, however, imagine the late night TV advertisement for a home-use lyophilizer: “Hurry! Get Yours Today for Just 3 Easy Payments of Only $6,999.00 Each!”

We are excited to announce that we now offer Harvest Right Home Freeze Dryers!

We have three sizes available (Small, Standard and Large), in a variety of powder-coated color finishes or stainless steel.

If we factor in the preparation time and labor involved, we can see that this is not an inexpensive endeavor. In fact, freeze-drying is the most expensive method of food preservation. However, if we look a little further, we may see that the added expense is well worth the investment.

Since a significant portion of the expense goes into the preparation of the food prior to freezing, that means that as the end-user, you don’t have to do any prep work. Add water, heat & eat. Depending on your needs, that may have significant value, especially if you’re camping in the mountains, or enduring an extended power outage for example.

Additionally, the quality of the finished product is far superior to any other method of preservation, with the possible exception of wet-freezing (freezing foods in a freezer, in the form you bought them at the store). But in a disaster or survival situation, keeping foods frozen may not be possible for an extended period of time, even with a supplemental generator. Again, the benefit of freeze-drying may well offset the additional costs.

Though more expensive than other methods, freeze-drying is perhaps the perfect method for food preservation. If you’re concerned about having a supply of food on-hand over an extended period of time, freeze-dried foods are well worth their higher cost.

For another perspective on the costs associated with Freeze-Drying Foods, and comparing that to the costs of canning and of traditional freezing, be sure to check out our article The True Cost of Freeze Dried Food. 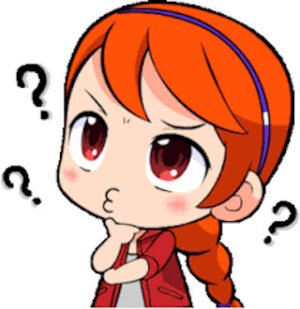 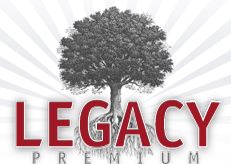