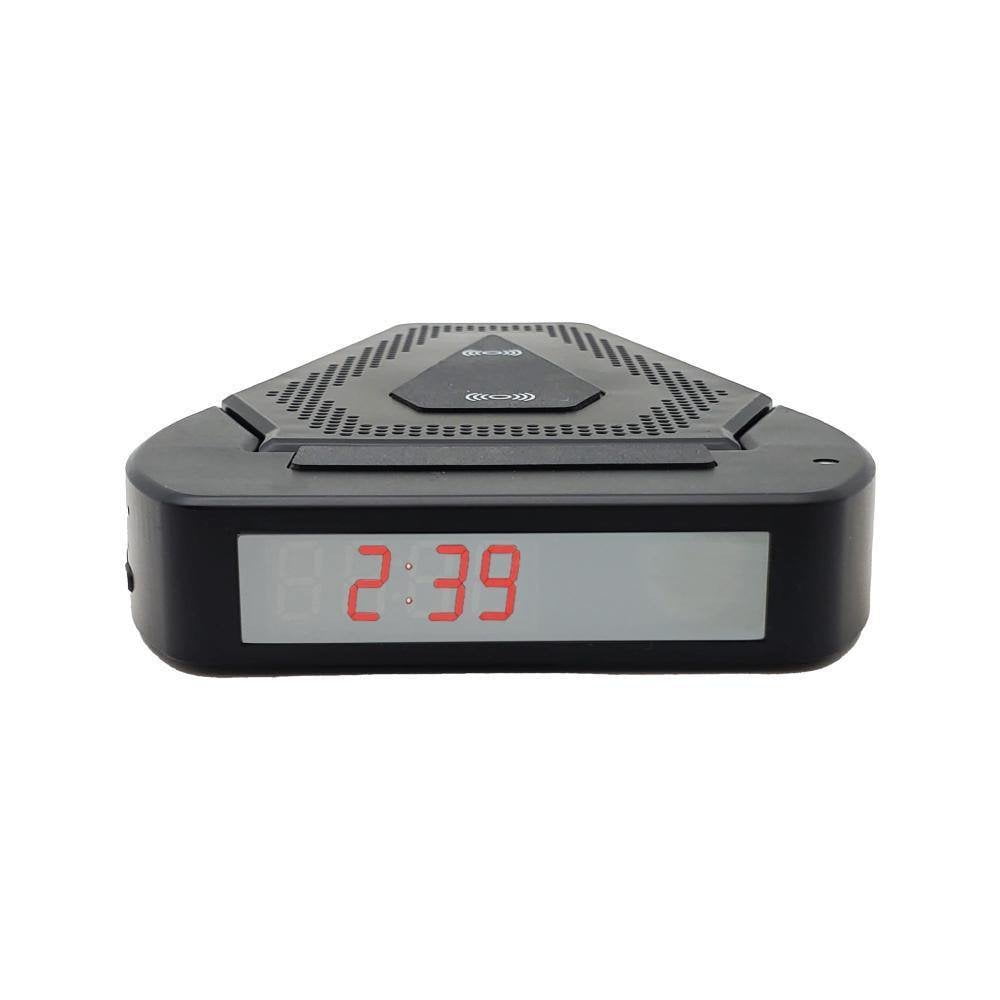 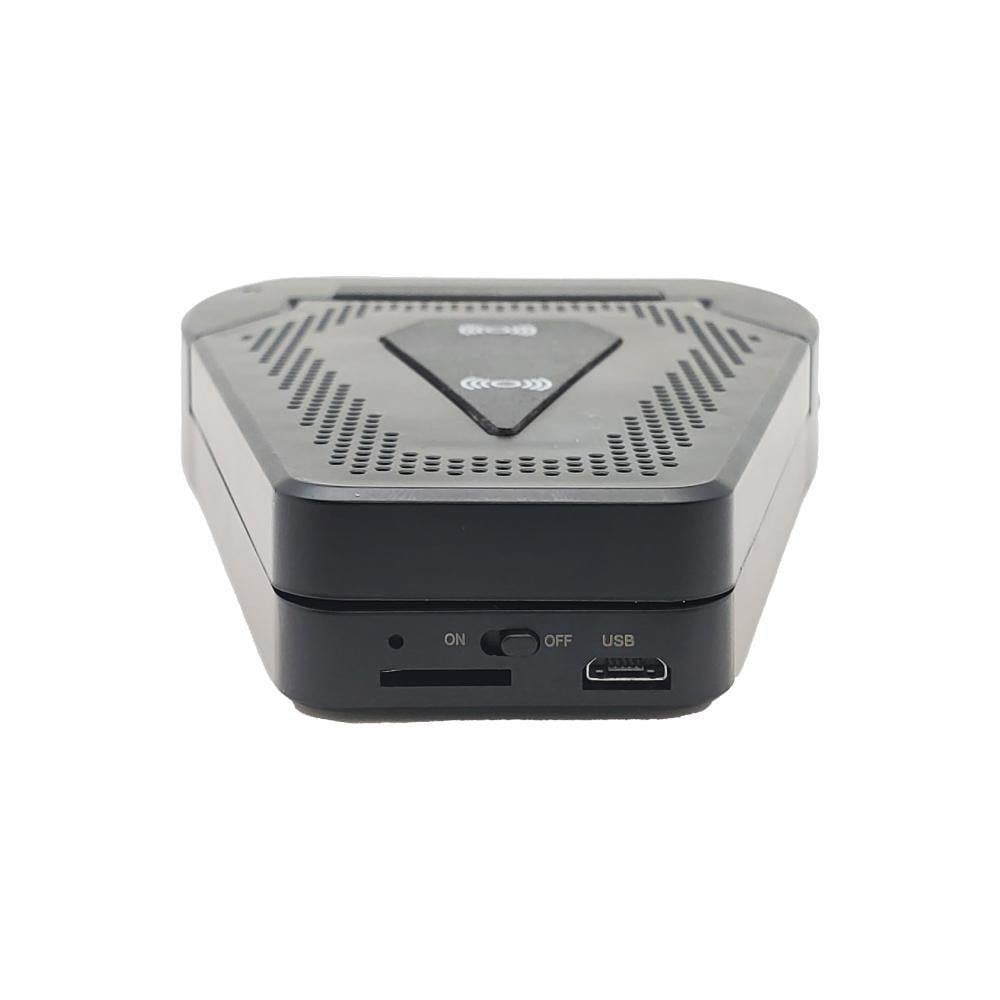 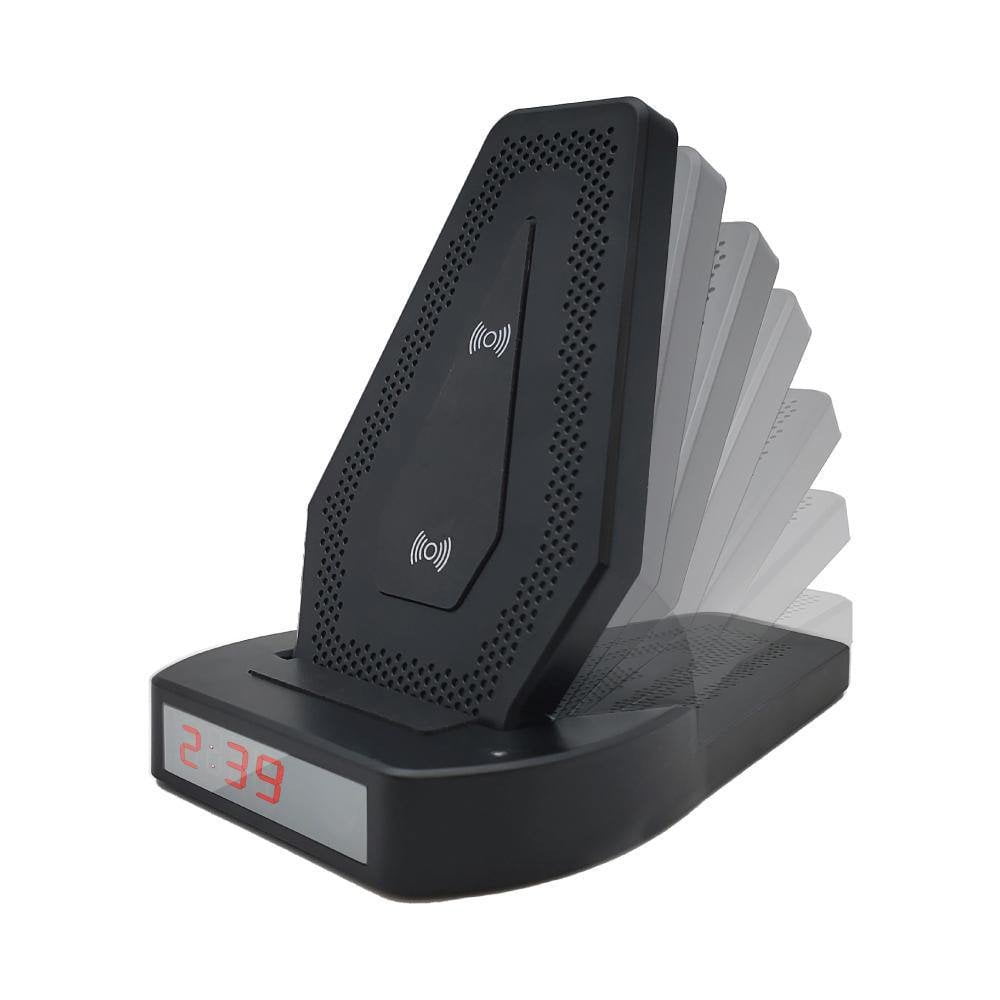 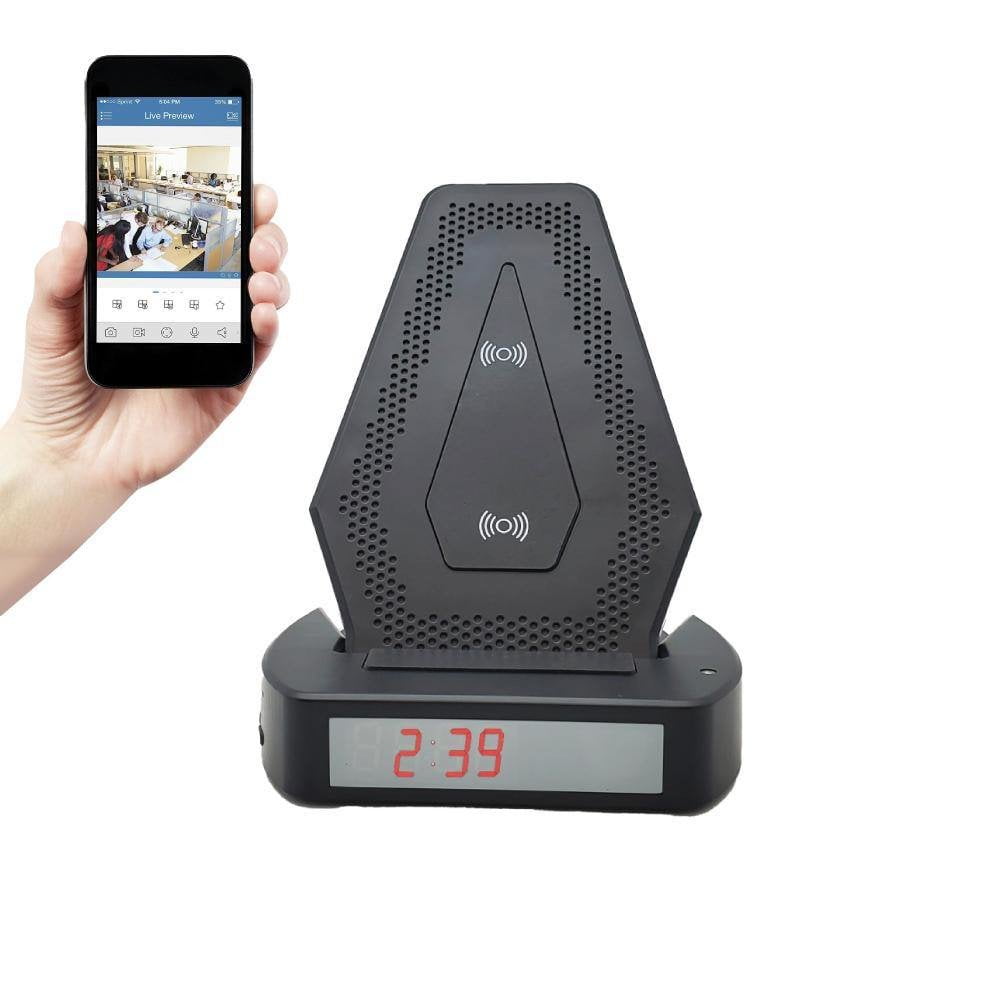 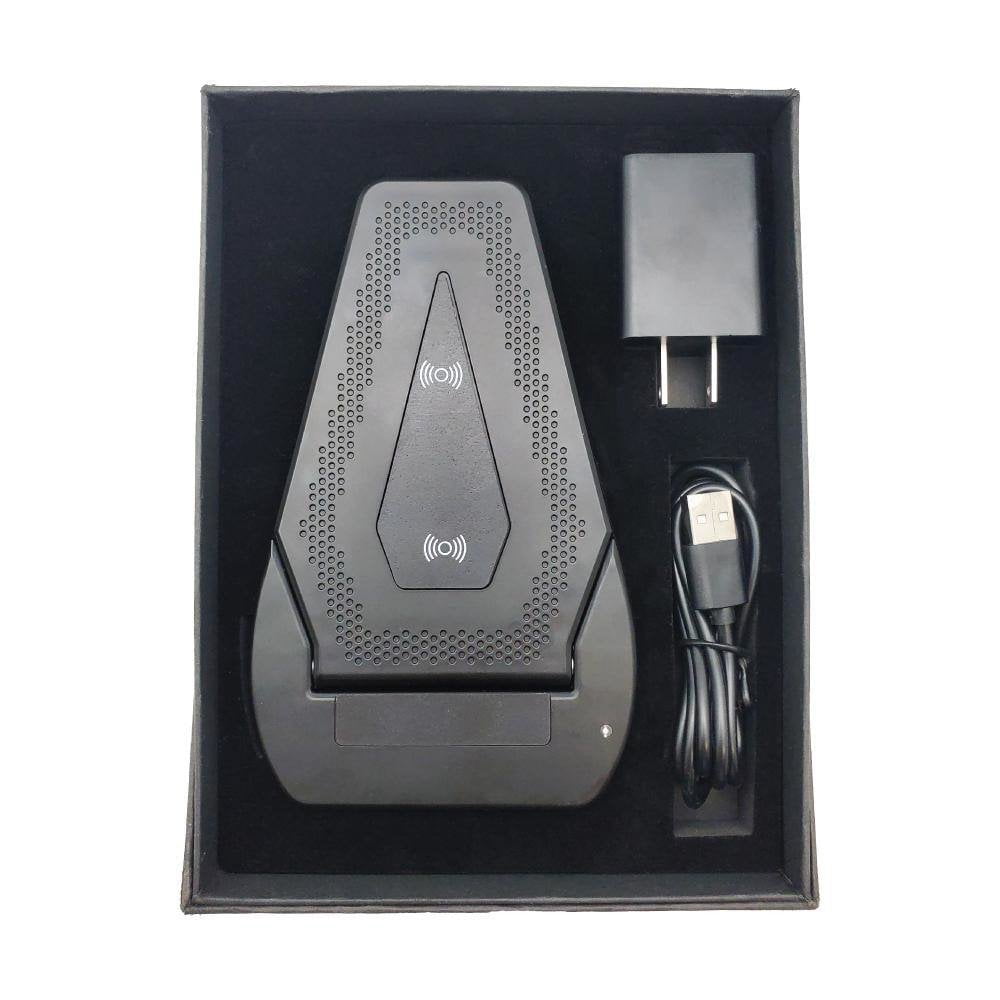 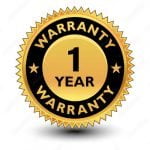 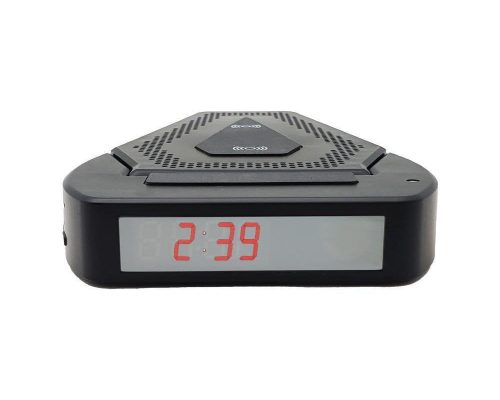 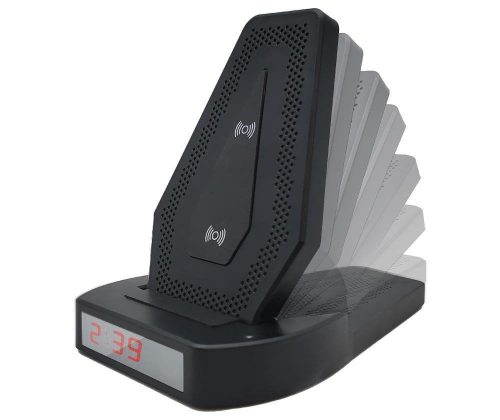 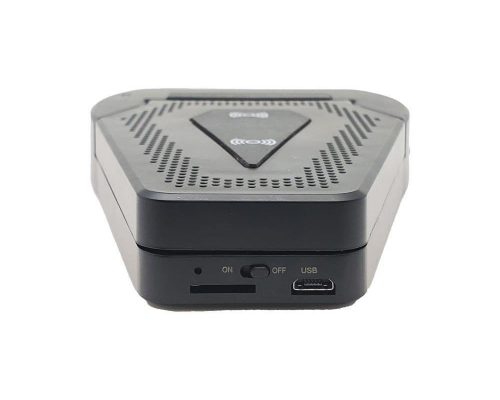 We are pleased to introduce the Streetwise Wireless Phone Charger Wi-Fi DVR.

This unit not only charges all compatible wireless charging phones, but can also record video onto a micro-SD card (not included). Or it can be connected to your Wi-Fi for live streaming to your smartphone or tablet wherever you go.

Motion alert notifications can be set up on your mobile device so you’ll know when anyone enters a room or area that you want to be protected. You can then log in to the free APP to view live video or playback. You can also turn on the camera’s audio to hear what is happening.

The motion detection feature means the camera will only record when motion occurs, saving you time when searching video for any events.

No need to worry about a battery running out since the unit is AC-powered for continuous operation.

Cell phone chargers are very common in today’s homes and businesses, so no one will suspect it contains a hidden camera and recorder.

The hidden camera lens is unnoticeable on the front of the unit and provides a very wide 120-degree angle of view with 1080p resolution. 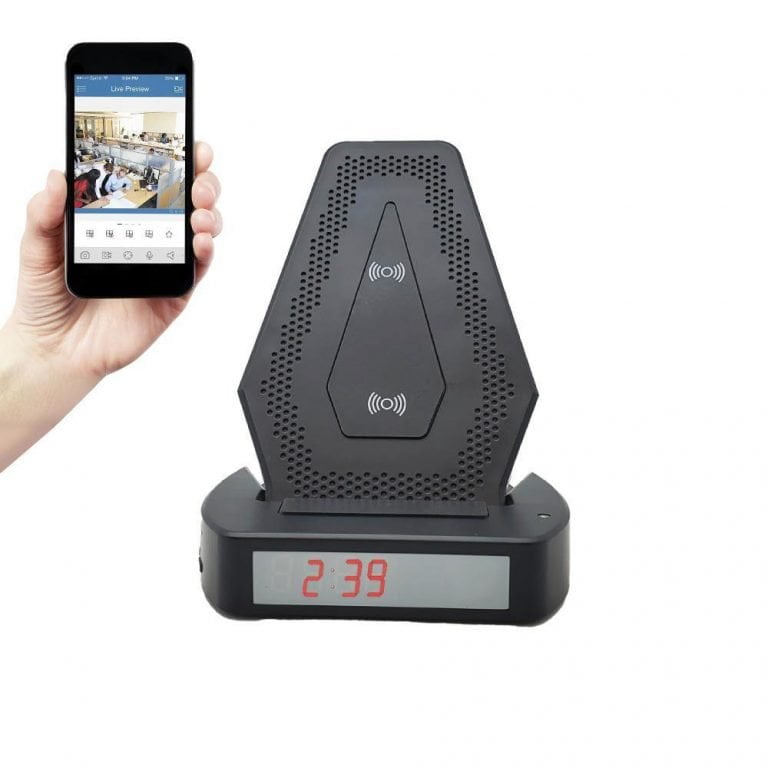 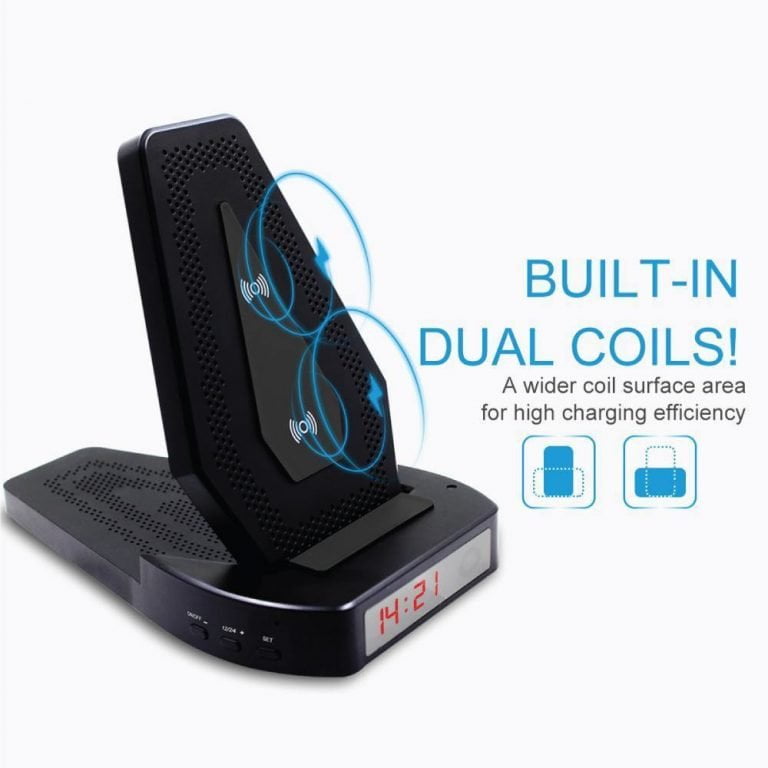 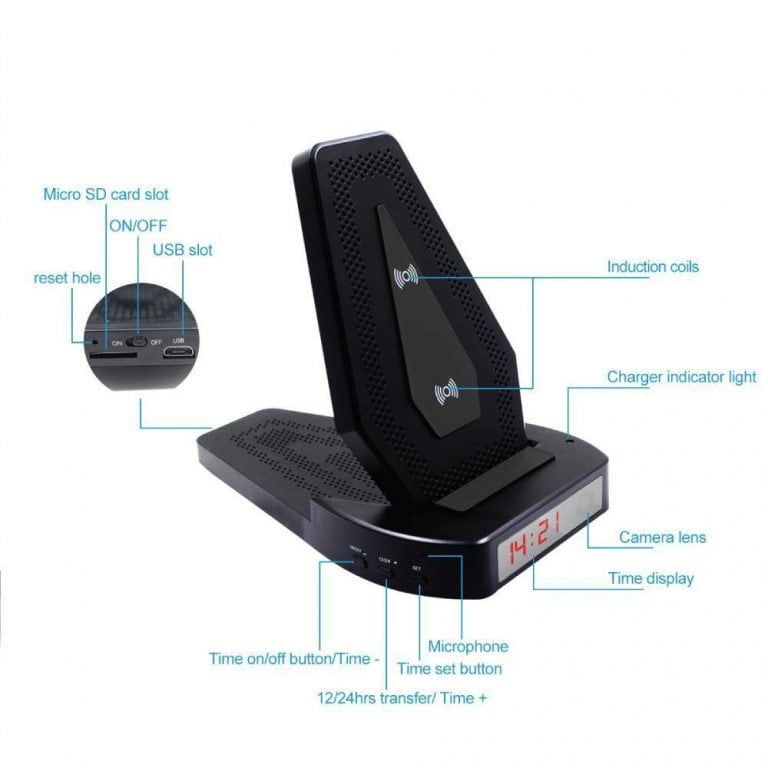 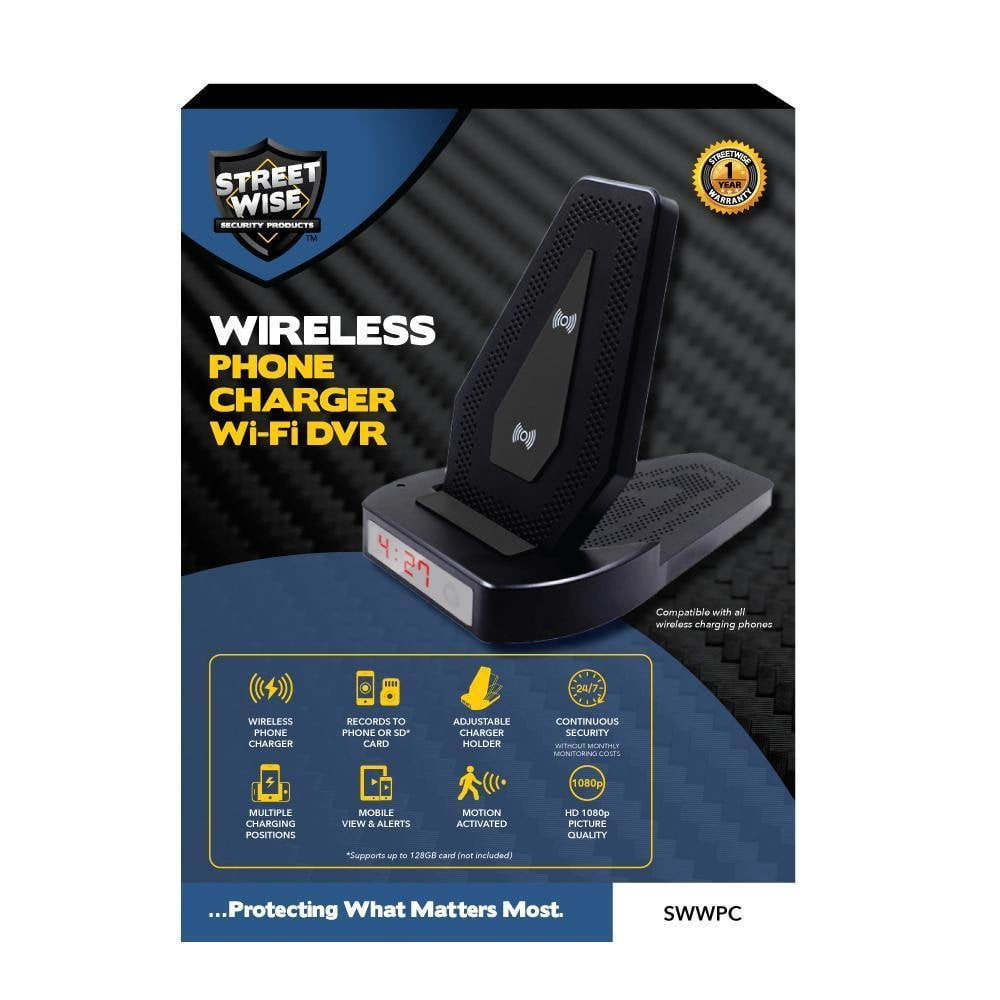 The following is a very general guideline concerning the purchase, ownership and use of covert surveillance equipment: