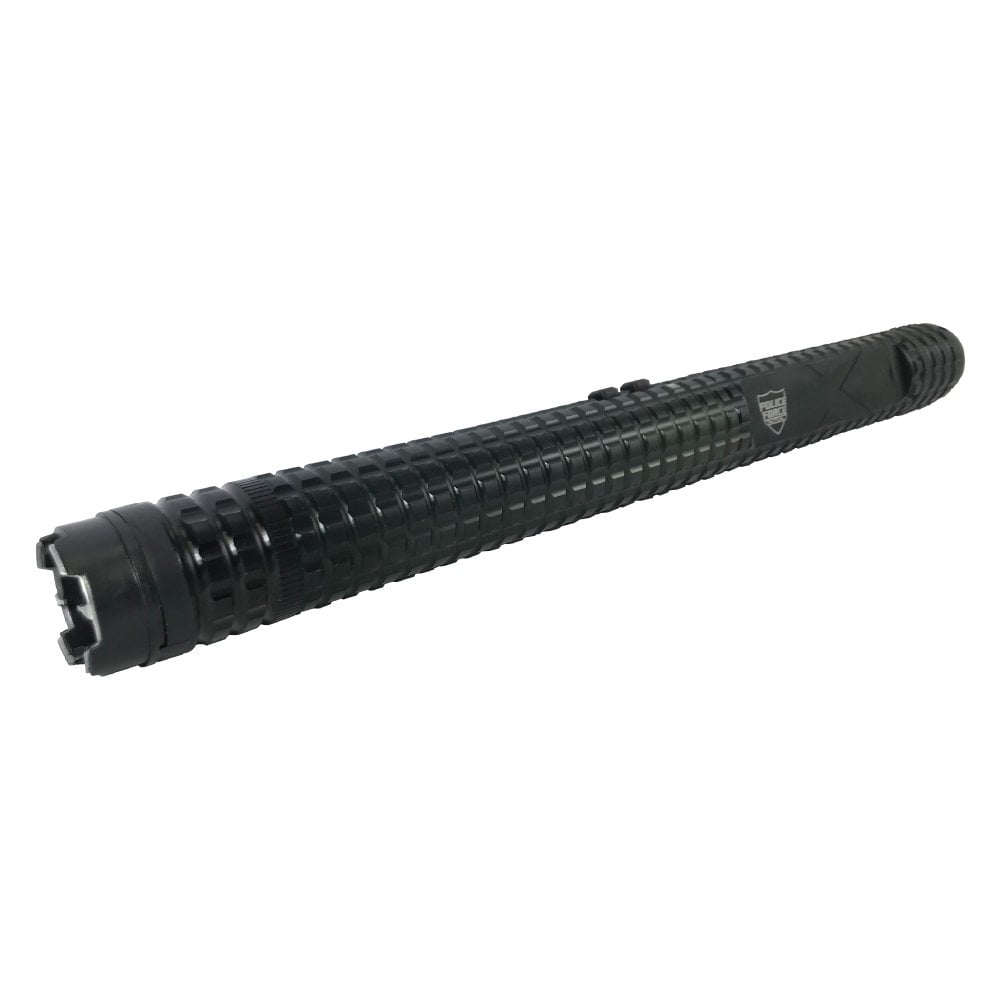 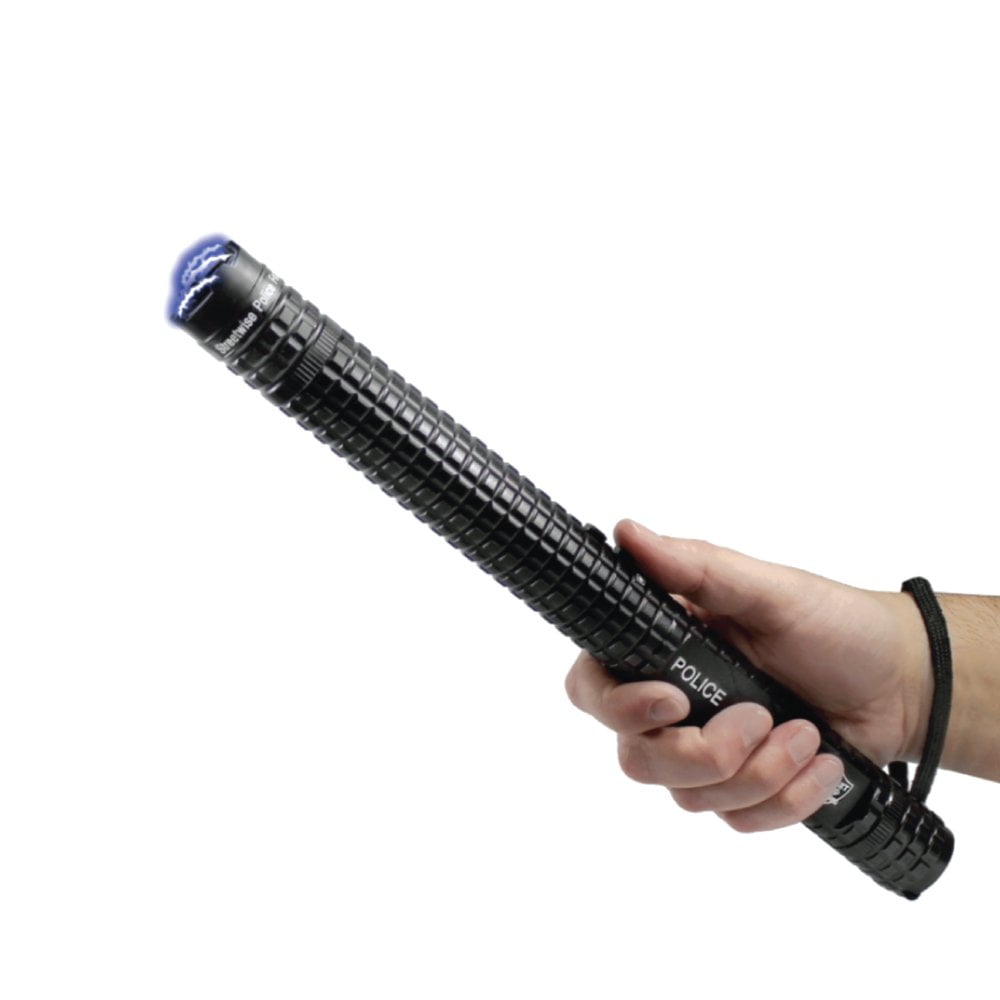 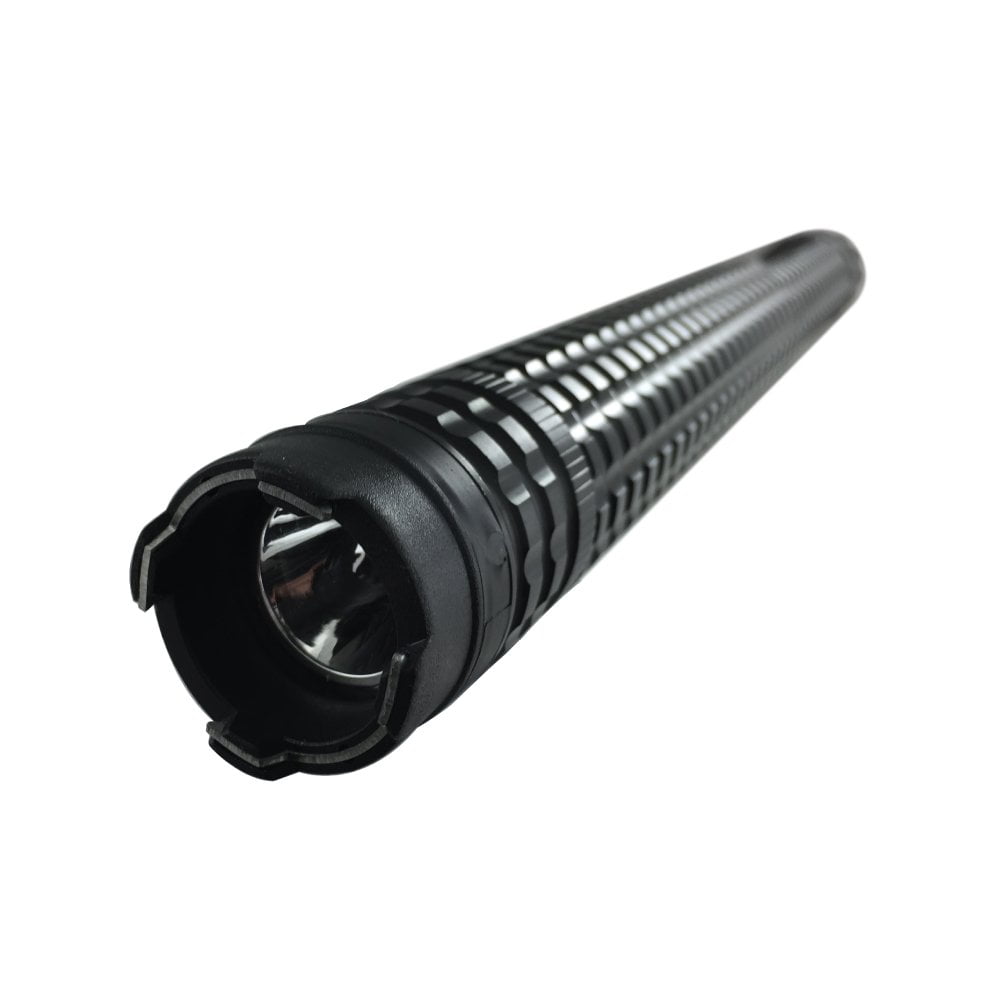 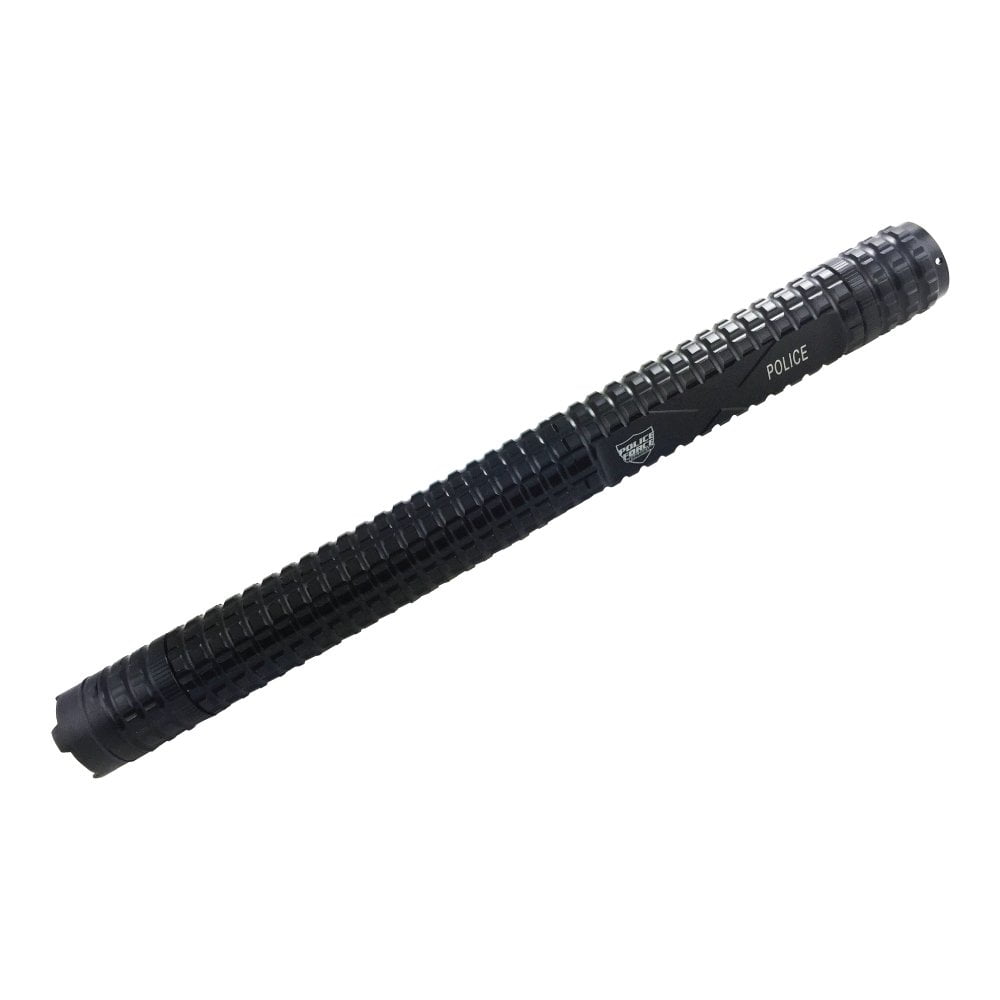 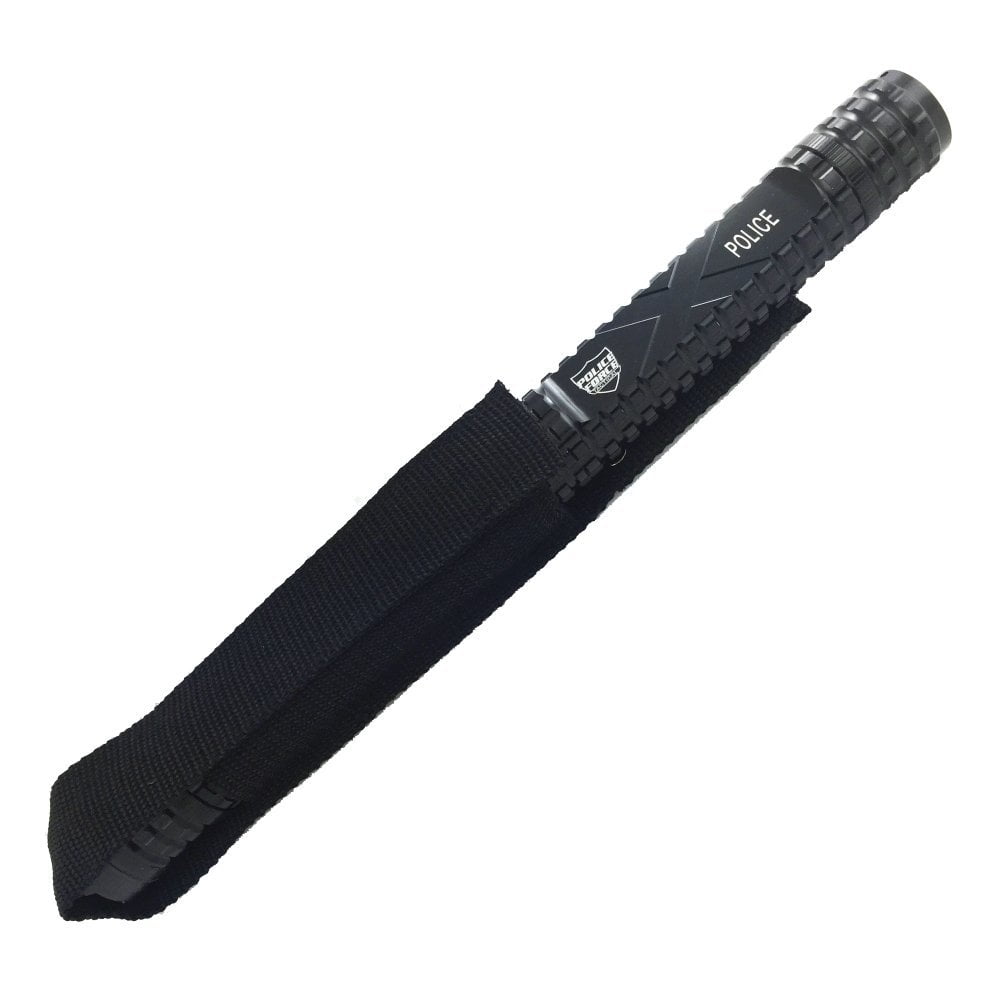 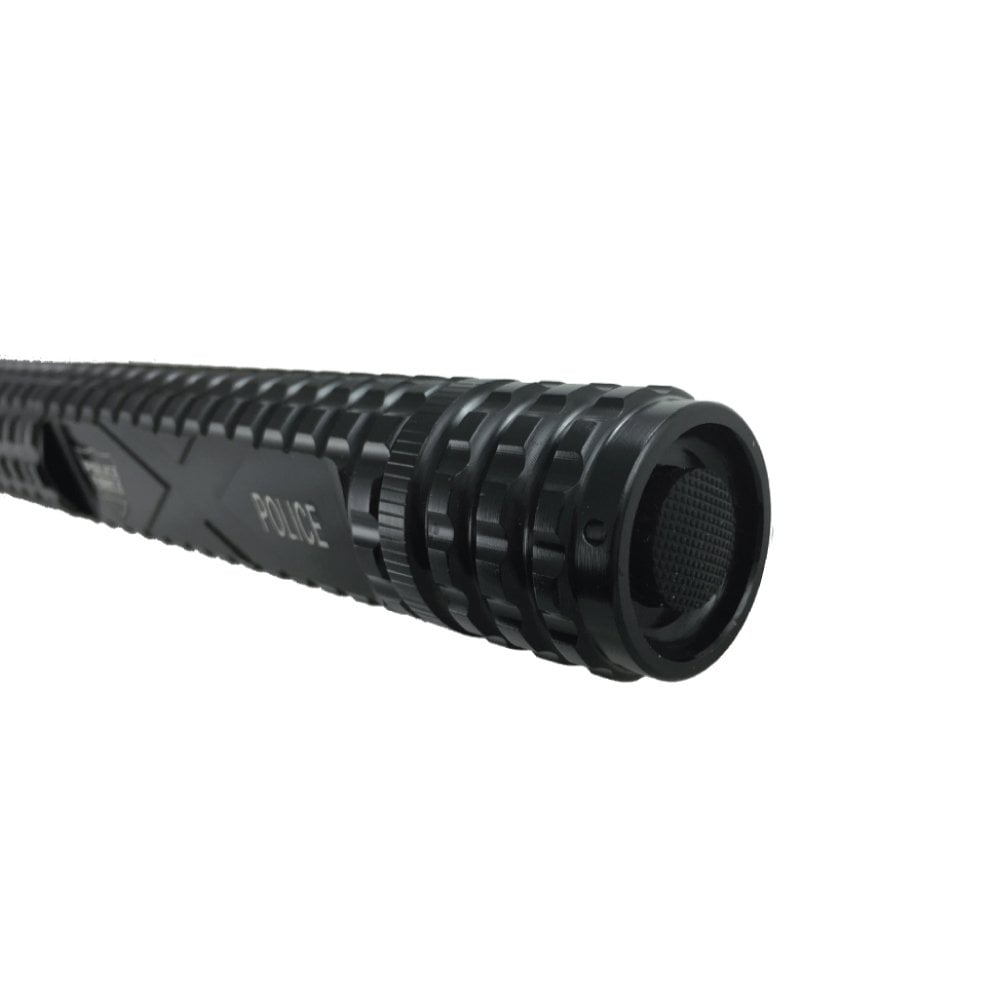 Stun Gun, Baton & Flashlight All in One Model 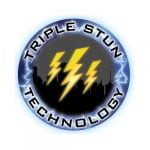 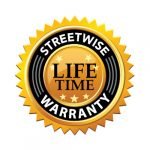 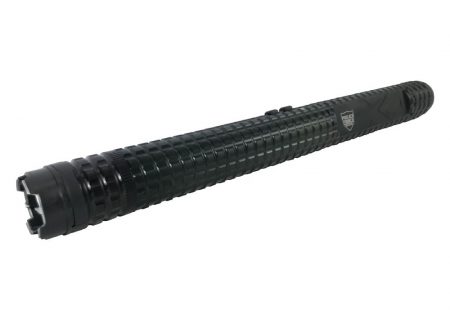 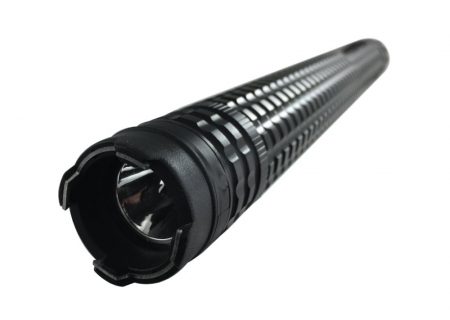 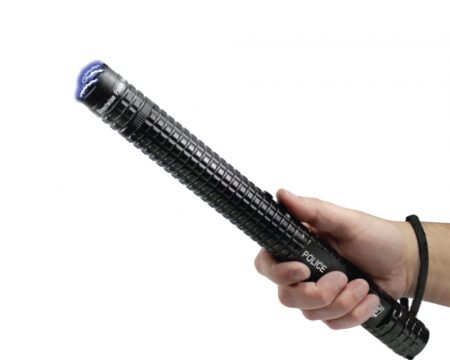 The Police Force 12M Stun Baton Flashlight might just be the best tactical defense tool on the market today.

Designed to meet the rigorous demands of the military, police and other security professionals, the Police Force 12M Stun Baton Flashlight is also a smart choice for civilians who want the peace of mind of knowing that they can protect themselves with a top of the line tactical defense tool.

The 12M incorporates a military grade aluminum baton, ultra bright tactical flashlight, and powerful stun so you will be prepared for any situation you may face.

Keep this stun baton on your night stand, take it with you in your car, or carry it in the included heavy duty holster … no matter the situation, you can feel confident that you have an outstanding tool to protect yourself. 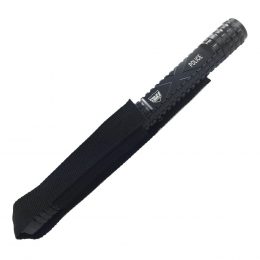 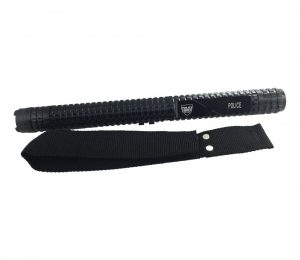 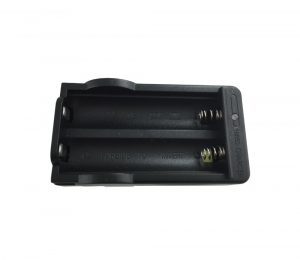 One of Our Most Powerful Stun Batons Ever

The Police Force 12M is Streetwise’ strongest model ever! The 12M combines its extreme voltage with our innovative Triple Stun Technology. The resulting electrical burst illuminates the entire top of the stun baton, and its shock will quickly take down anyone unfortunate enough to come in contact with it.

The Police Force 12M Stun Baton Flashlight is constructed of military grade aluminum alloy. This extremely tough exterior shell allows it to be used effectively as a self-defense tool for striking an assailant. The 12M can also withstand the rugged use and extreme conditions often encountered by military and law enforcement personnel.

With five light modes, this is the strongest, brightest light we have ever seen built in to a stun baton. Use the flashlight to illuminate large areas at night; or if need be, shine directly into an attacker’s eyes to cause disorientation and a temporary blinding effect, giving you time to escape the situation or immobilize the threat by striking or stunning.

Police Strength Protection: Engineered to meet the demands of Police, Military, and Security Professionals worldwide – but also available to civilians.

Military Grade Aluminum Alloy: The shock proof exterior not only protects the unit from damage but can also be used to strike your assailant.

Triple Stun Technology: Most stun guns on the market today have only one or two points of contact. The Police Force 12M features Triple Stun Technology (TST), which causes an electrical charge to arc between three separate contact points on the top of the stun baton (two at the sides, and one across the middle). This creates a larger stun radius, allowing you to more easily defend yourself. Test firing the unit creates a loud, bright electrical burst, and is often enough to stop an attacker; if not, a jolt from this unit certainly will.

Tactical Striking Edge: Effective as a self-defense tool and as an emergency glass breaker.

Long Reach: At 13.5 inches long, this tactical baton is long enough to keep you a safe distance away from your attacker but short enough to easily carry with you in the included holster.

Removable Rechargeable Batteries: A set of rechargeable batteries is included.

Blinding 3 Watt Cree LED Light: Not only will the flashlight safely illuminate a wide area at night, but it can also help to protect you. When shined in the eyes of an attacker, the ultra-bright light can have a temporary blinding effect, allowing you to immobilize the threat with the stun gun or strike with the baton.

5 Light Modes: There are three light strengths (maximum, medium, and low), and two light patterns. When the situation does not require maximum light strength, the lower settings can be used to extend battery life. The strobe-light mode can momentarily blind an attacker, and the SOS rescue light pattern can signal for help in an emergency.

Holster and Wrist Strap Included: To make it easier to carry, both a heavy-duty holster with belt loop and a wrist strap are included.

Safety Features: To prevent accidental discharge, three levels of safety have been built in. The push-button tail switch must be pushed into the “on” setting; the function-select must be set on “stun”; and the stun activation button must be pressed.

Lifetime Warranty: The Police Force 12M Stun Baton Flashlight is made of the highest quality components and comes with a lifetime warranty. See the enclosed instructions for complete details. (Note: the batteries are not included in the lifetime warranty.)

*Actual voltage is difficult to measure and verify, but this unit compares to other brands that claim to be 12,000,000 or more volts. See our Stun Guns F.A.Q. Page for more detailed information on voltage ratings.

**This light is actually 150 Lumens. It is extremely bright. Other brands may claim the brightness of this light is 300 (or more) Lumens. 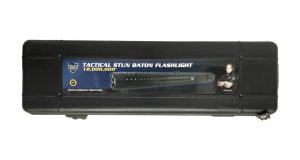 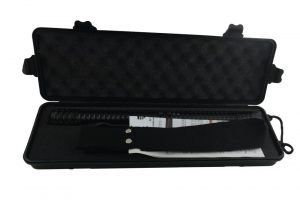 Stun Guns Are Restricted in Some States.

Please See the “Stun Gun Restrictions” Tab (above) for More Information and to Determine if  a Stun Gun Is Legal in Your State.

A Valid CCW Is Required for Us to Ship to Wisconsin